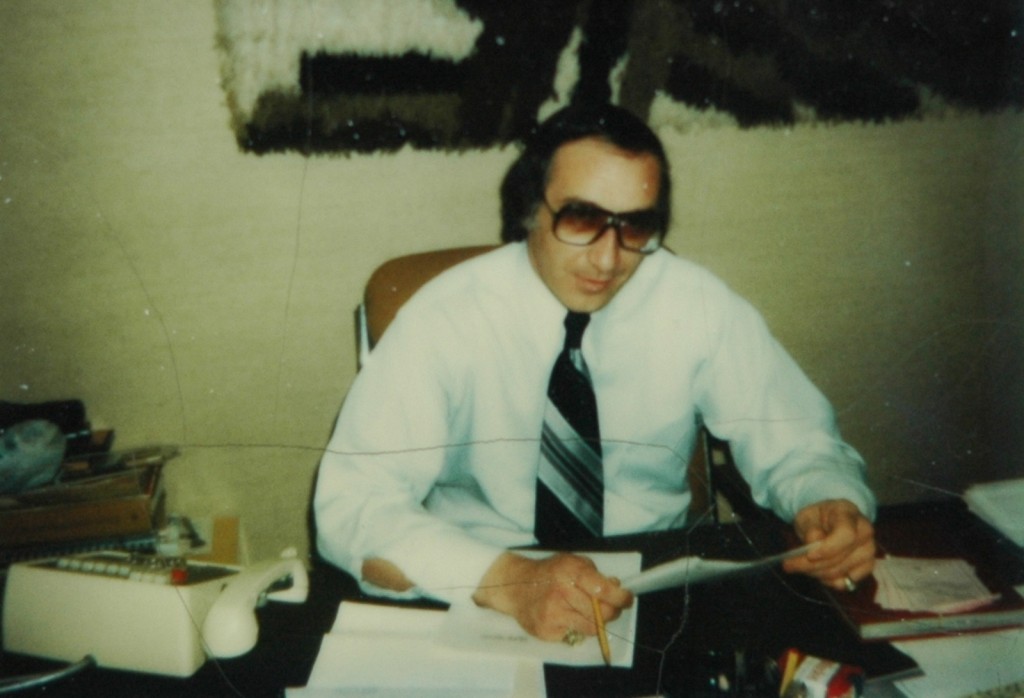 Despite personal feelings and ego, no public official with the magnitude of responsibility that a public office holds such as Urban Renewal and Economic Director can take the credit by themselves.  I have had the honor and privilege of working with what I consider to be the legendary political and professional people who built Waterbury and preserved its future.  Those people were Mayor Edward Bergin, Sr., Mayor Edward Bergin, Jr., Corporation Council John Mahaney, Attorney Walter Griffin, Thomas Moran, Chairman, Urban Renewal, Sally Cote, Urban Renewal Staff Member and Assistant Director. Ernest Mosley, Urban Renewal Staff Member and Assistant Director, Paul Barone, Chairman, Edward D’Napoli, Chairman, Frank Santaguda, Alderman, Mac Baldrige, Chairman, Scolville Manufacturing, Thomas Dodd, Sr., Senator, Governor and Senator Lowell Weicker, State Commissioner Edward Stockton, Peter Burns, Peter Decarlo, and my dearest friend on the state and personal level, Governor Ella Grasso.  The cooperation and support from the City Planning Commission, commissioners and staff of the Urban Renewal Agency, members of the Board of Alderman, and so many more have been unwavering.  Without their support, cooperation, and loyalty, the enormous success of 20 years of development in the city of Waterbury during my tenure as Director of Urban Renewal and seven other agencies would have never happened.  To them, I say thank you, again, as I have said one hundred times over. As evidenced from the names above, no public official should think that he is bigger than the city he serves.  That is why we are called public servants. What we have accomplished here will never be duplicated again! 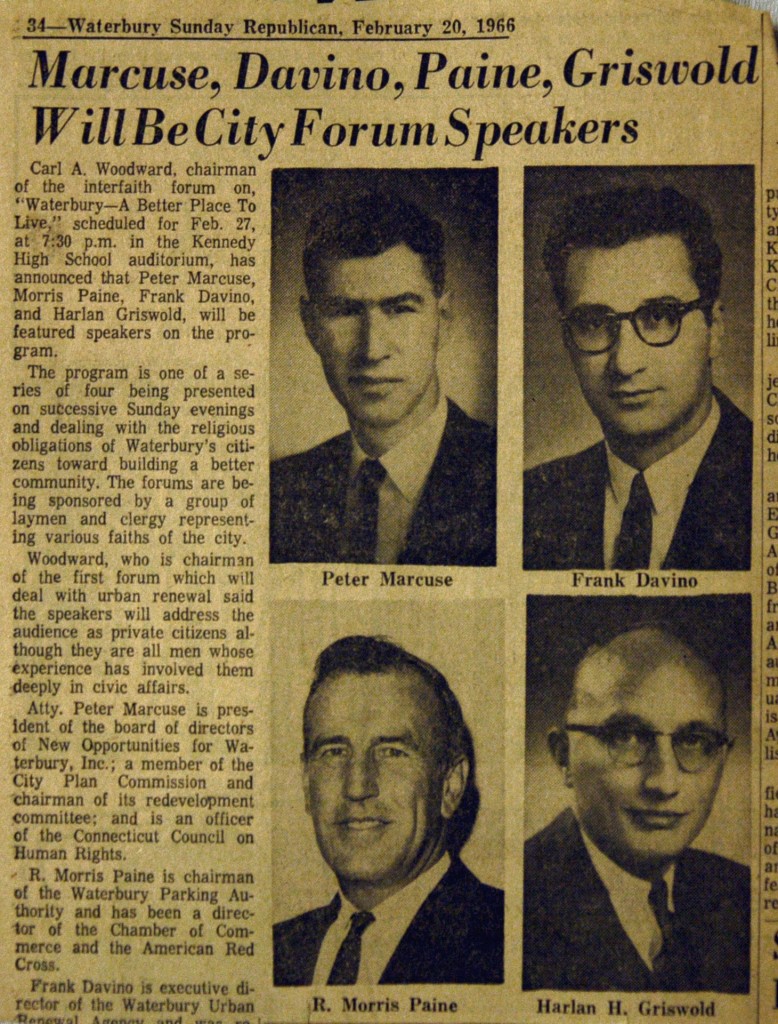 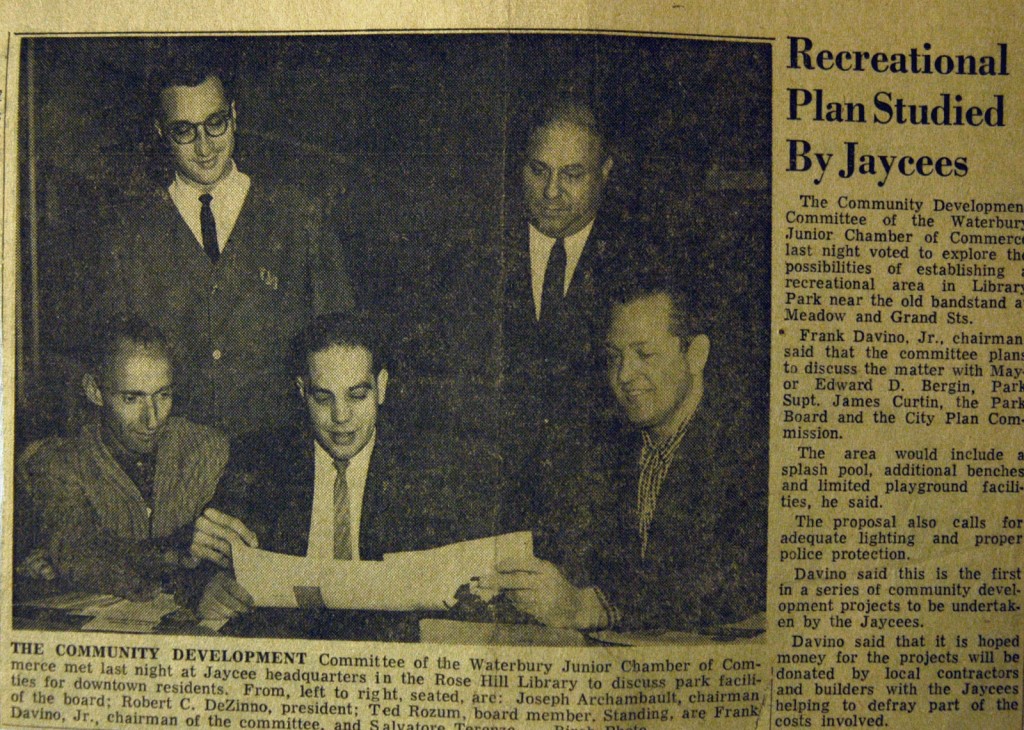 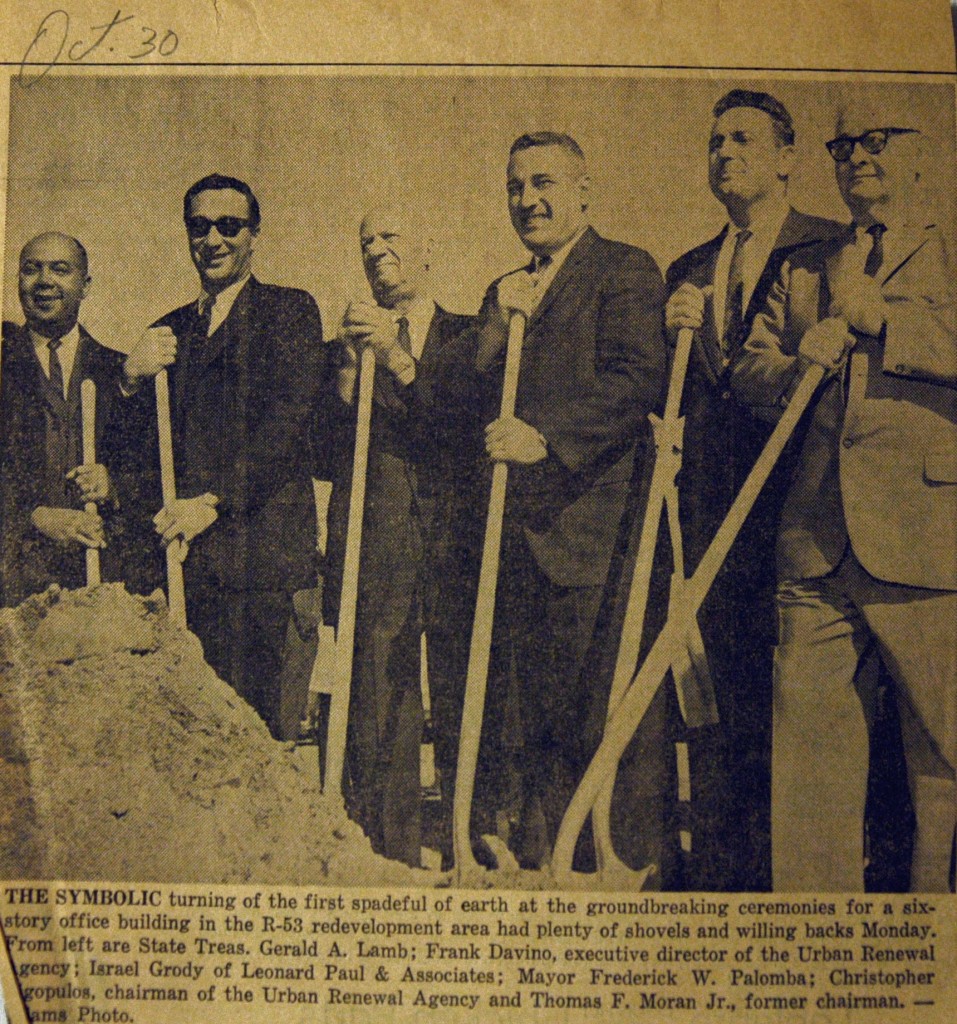 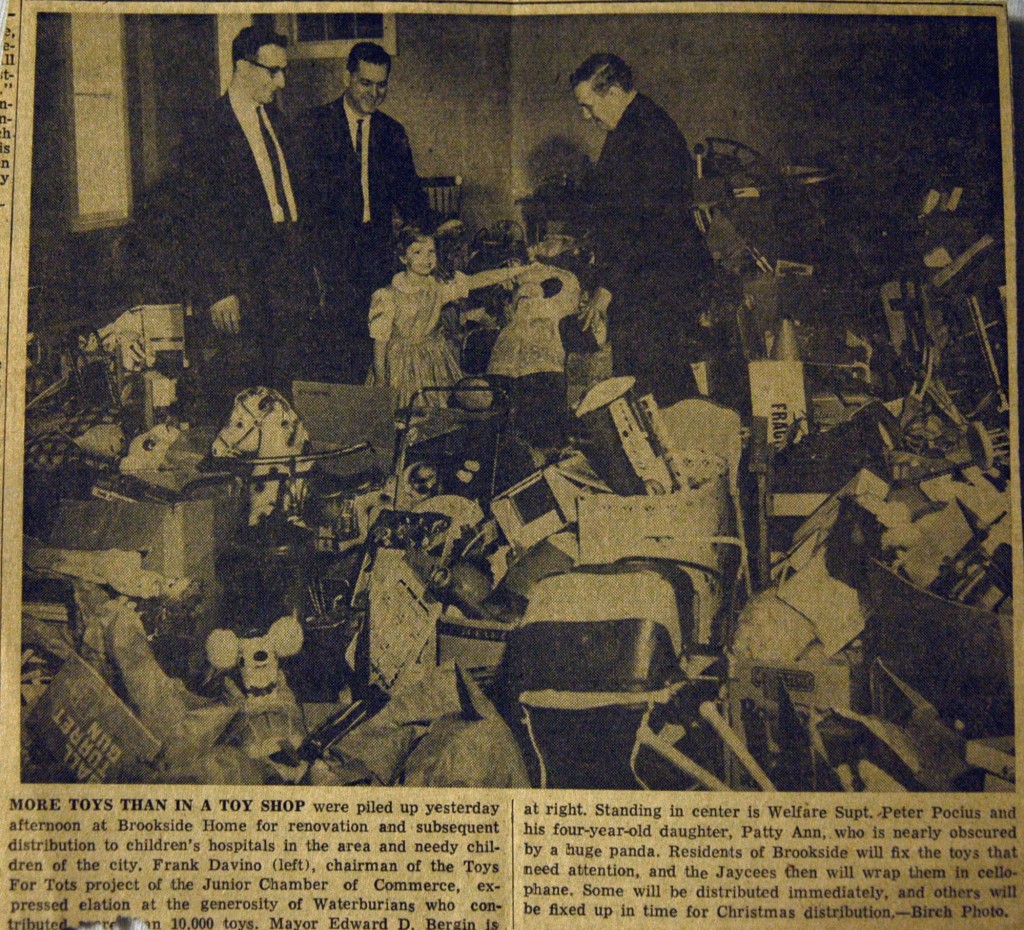 Sale of Land to Henry Carpinella for the first Plastiglide building. 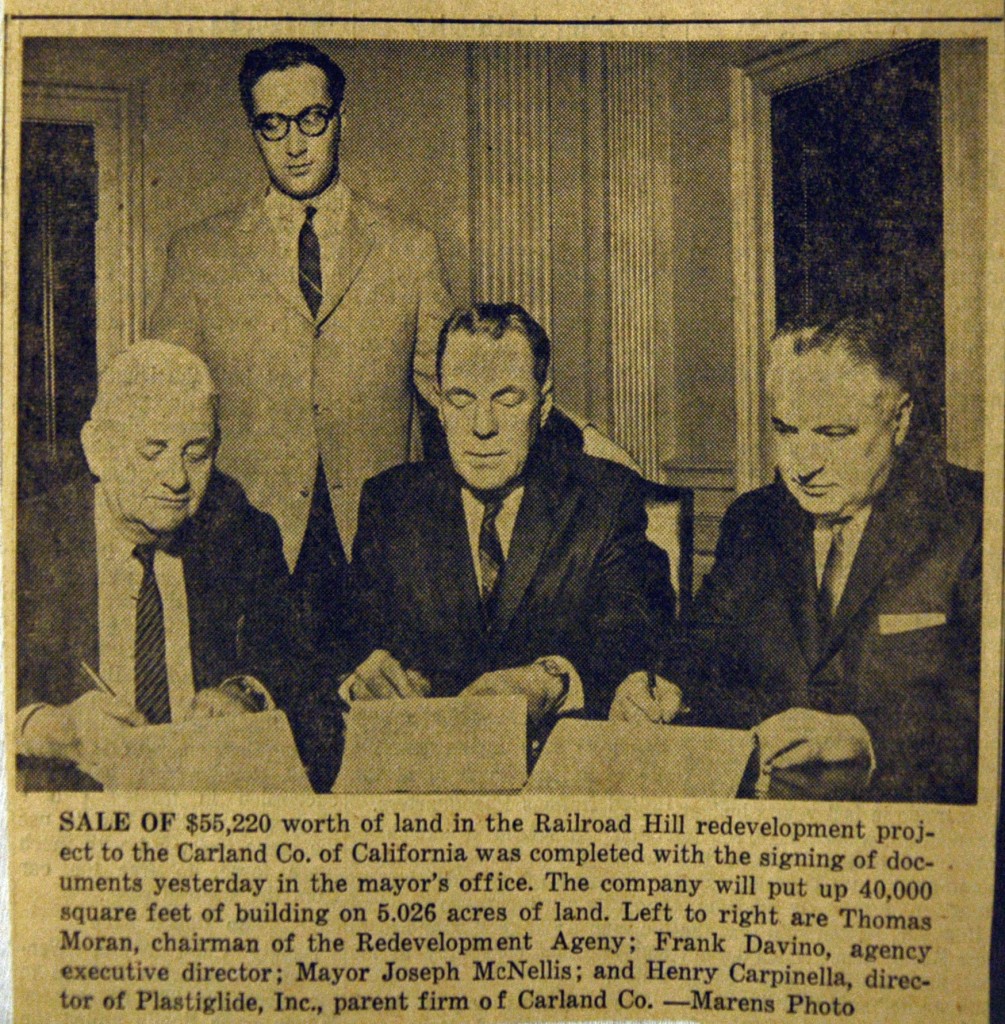 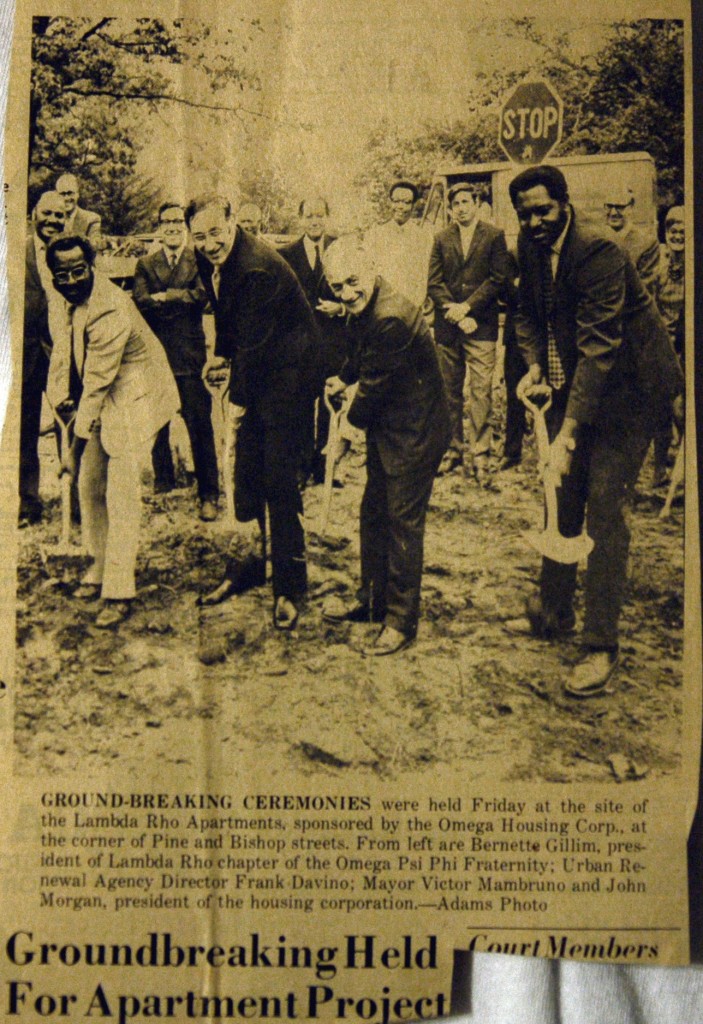 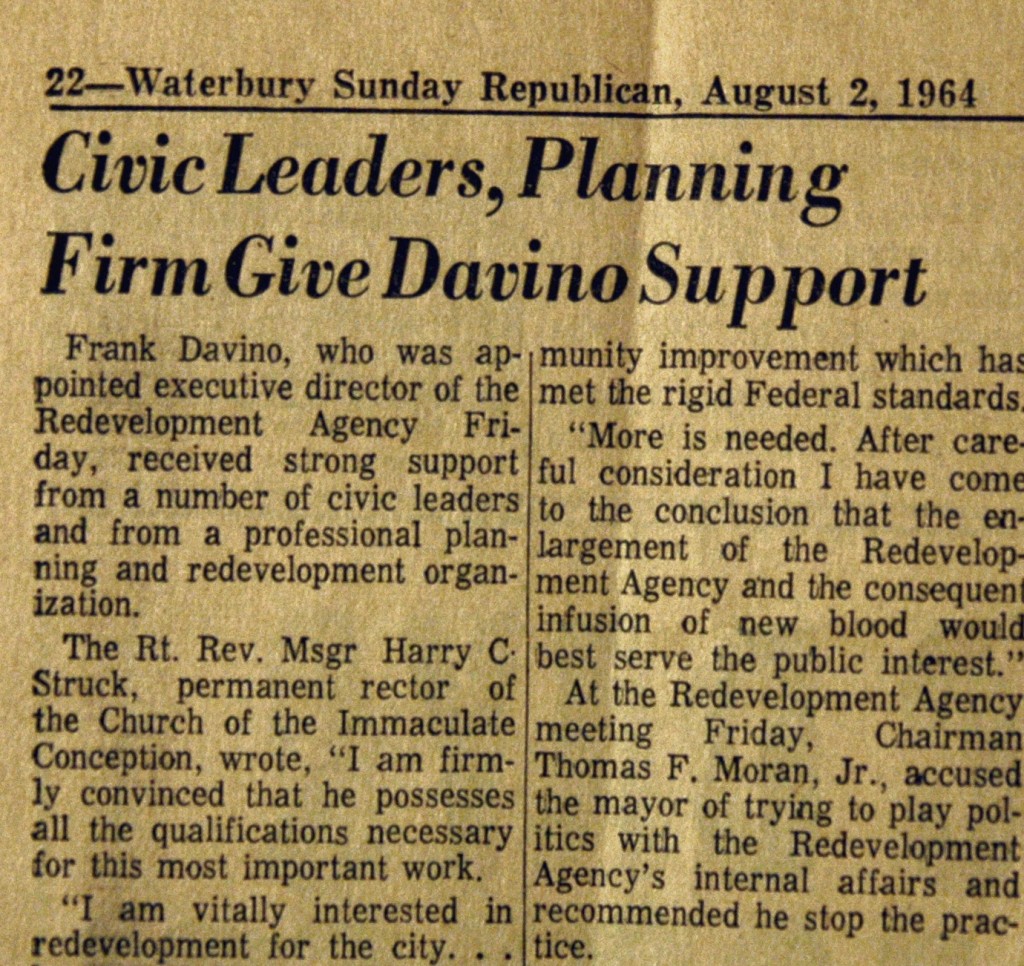 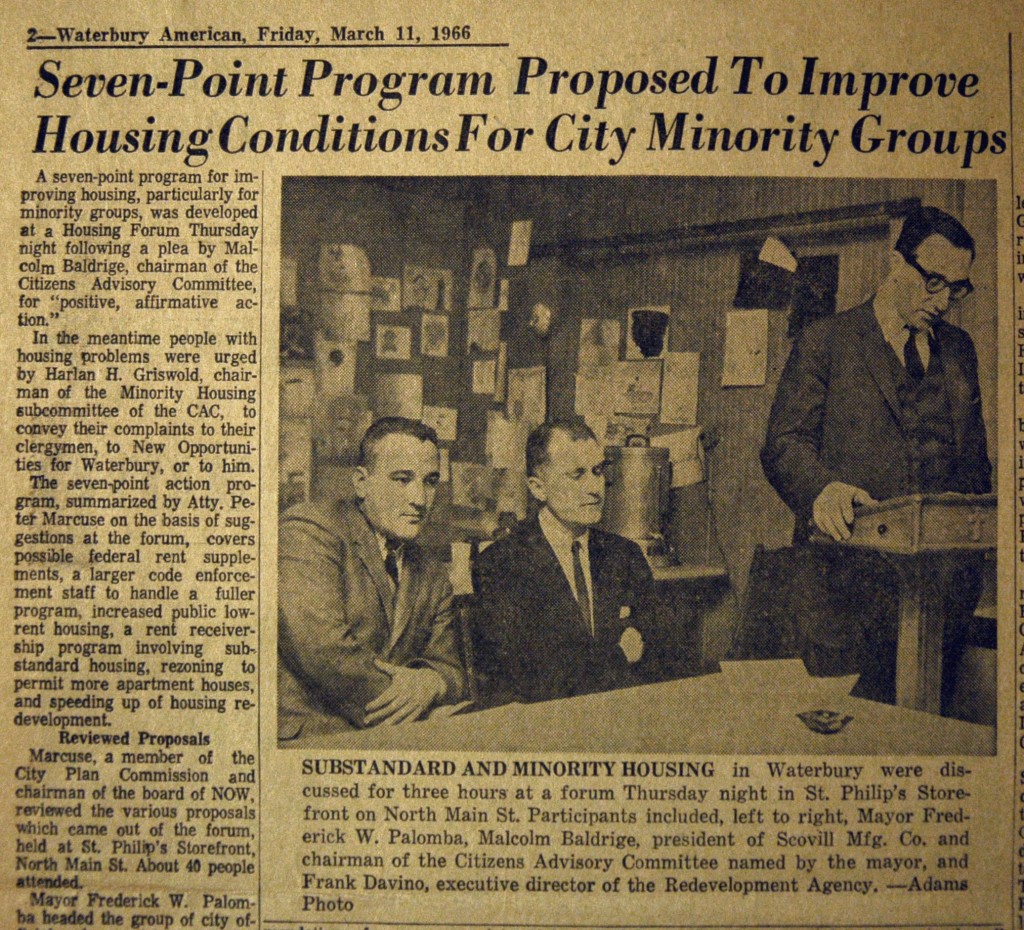 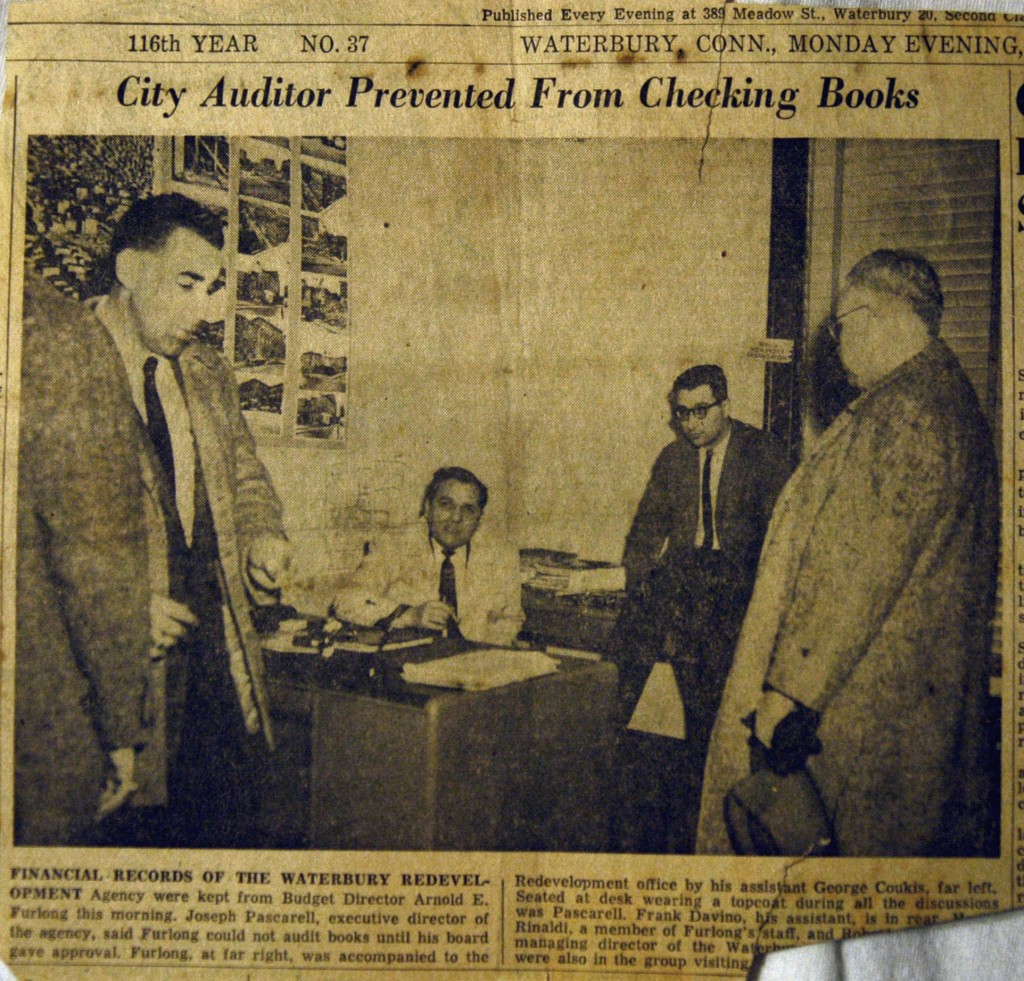 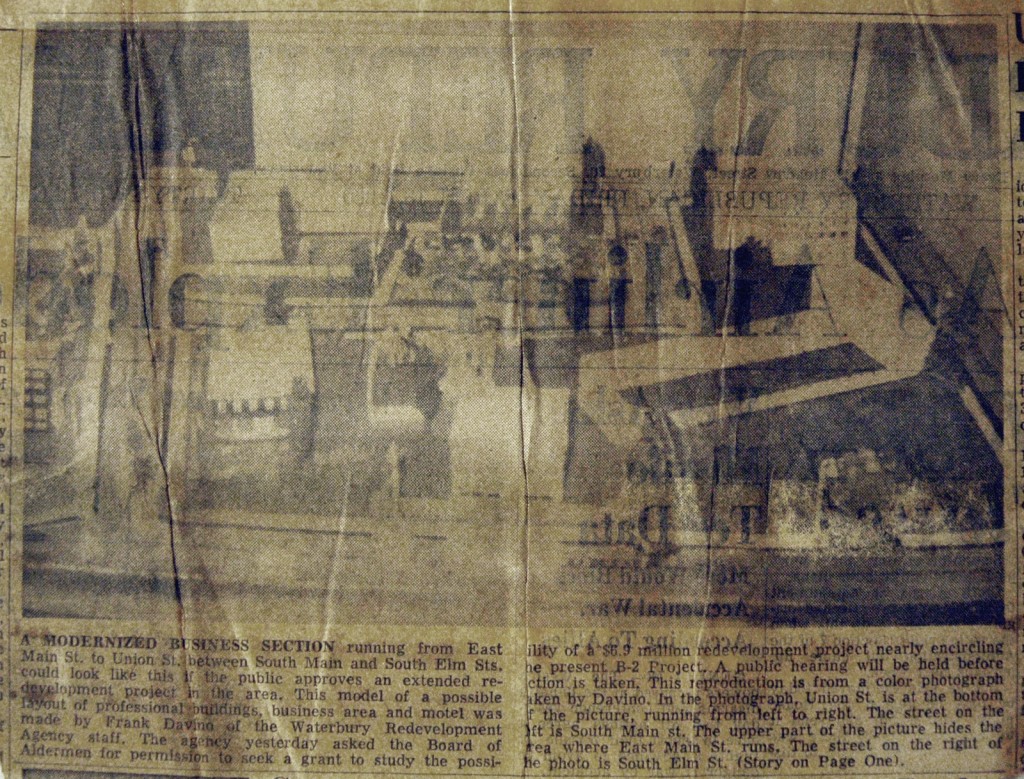 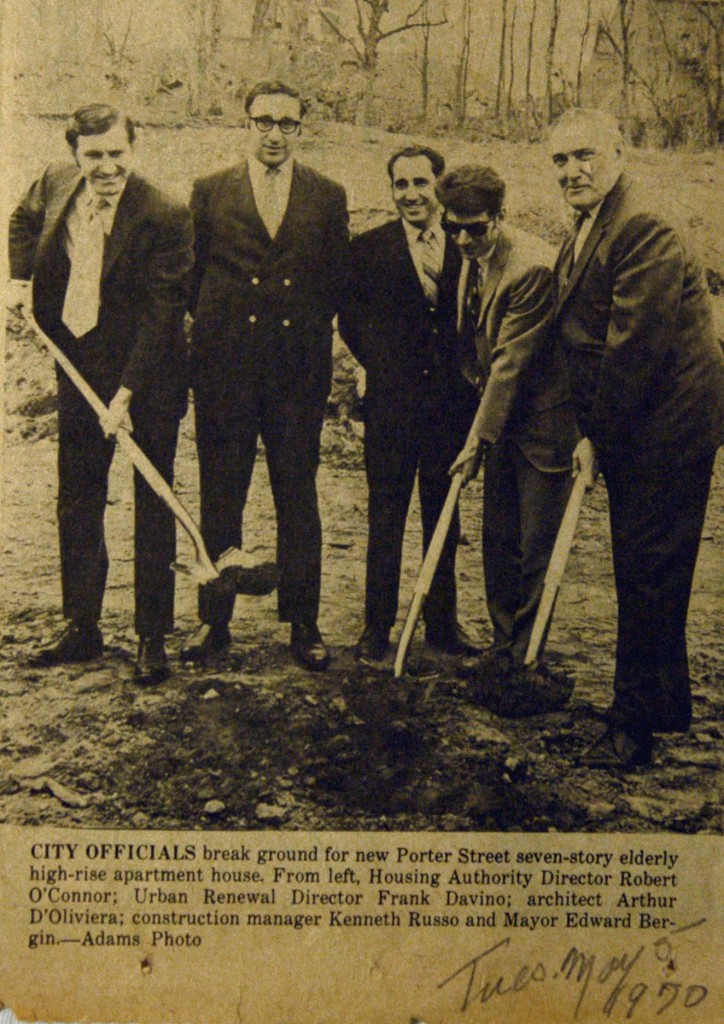 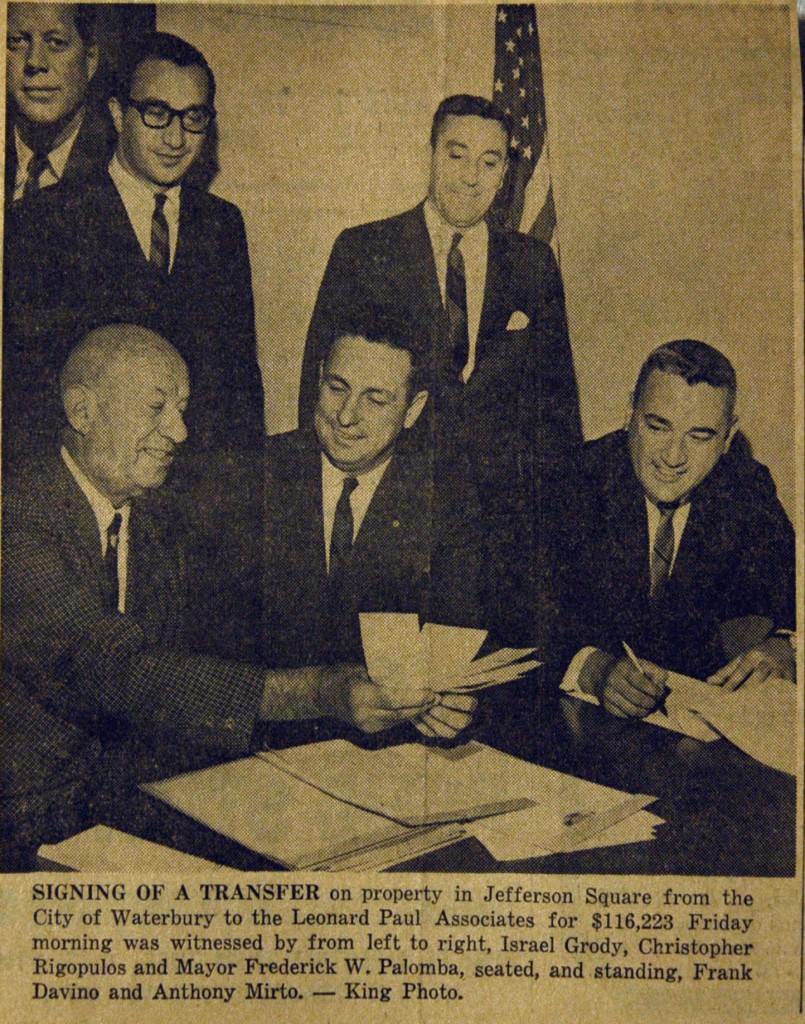 Frank at age 14 forged his father’s (Frank Sr.’s) signature on a boxing license while Frank’s dad was boxing commissioner for the state of CT.  Frank boxed under the name John Henry.  His record was 2-1.  He remembers being on the same card of boxing with Curly Monroe of Massachusetts.

[…]Thinking about the fire gives one the shivers.  Particularly in retrospect, one can say that if those who wanted to keep it operable had had their way, possibly 78 people would have died.
[…]
But considering what did happen, maybe the credit for the fact that the elderly residents who called the Kingsbury home for so many years are still alive can be laid at the door of a very determined, very stubborn, very obdurate Frank Davino, executive director of the Urban Renewal Agency.
[…]
Davino got thick about it, emptied a full building, relocated the tenants and left an abandoned eyesore to vandals, nuts and other crazies who like to strike matches.  There were no taxes, but there were no deaths either; there will be a useful temporary parking lot.
He wasn’t necessarily predicting a fire when he evacuated the building, but Davino certainly was cognizant of the danger and acted sensibly.  He came up smelling like roses! 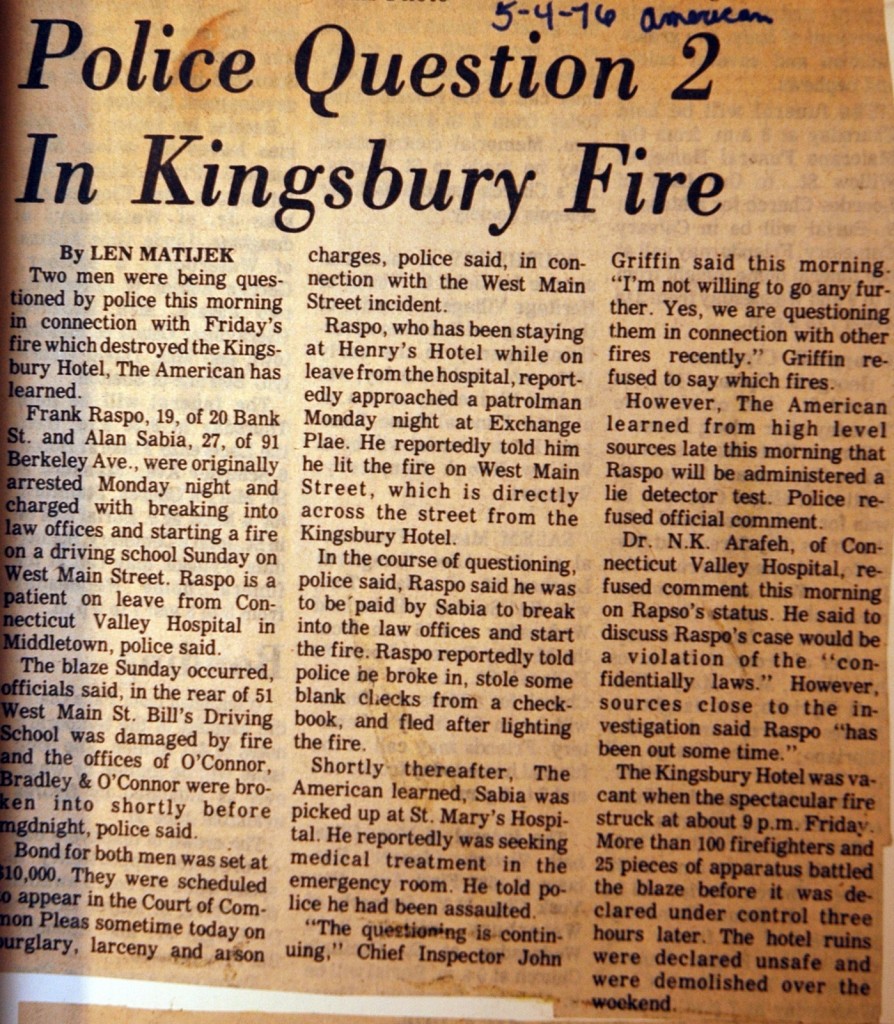 Scene Not to be Repeated 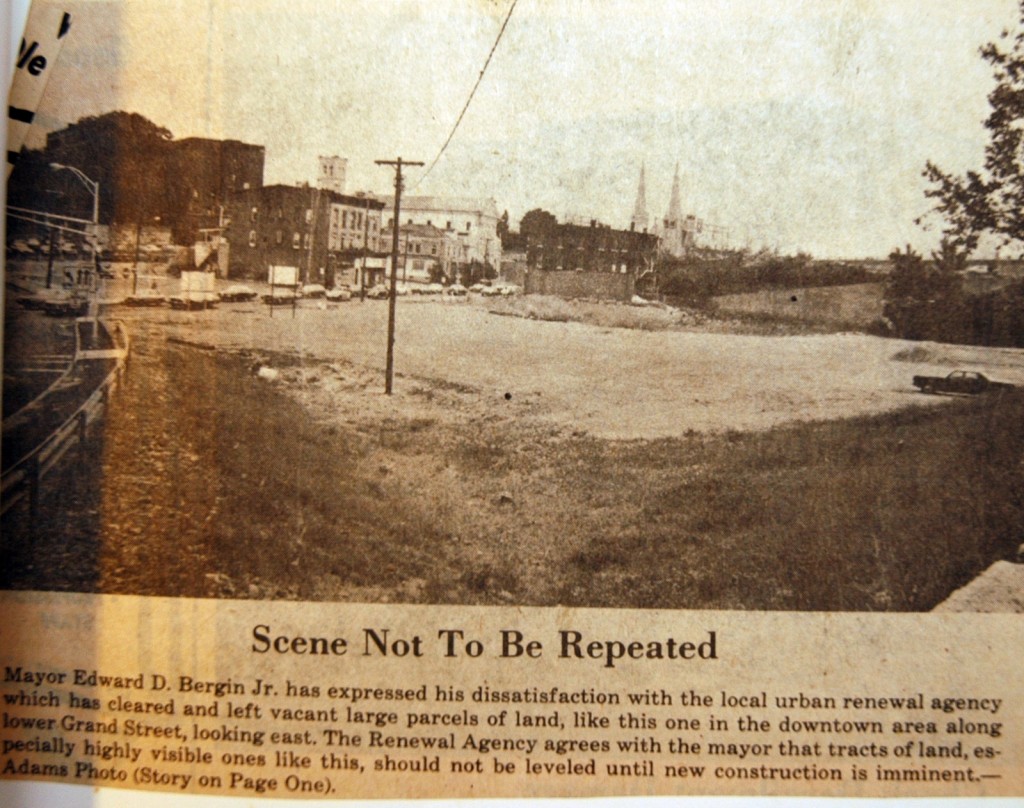 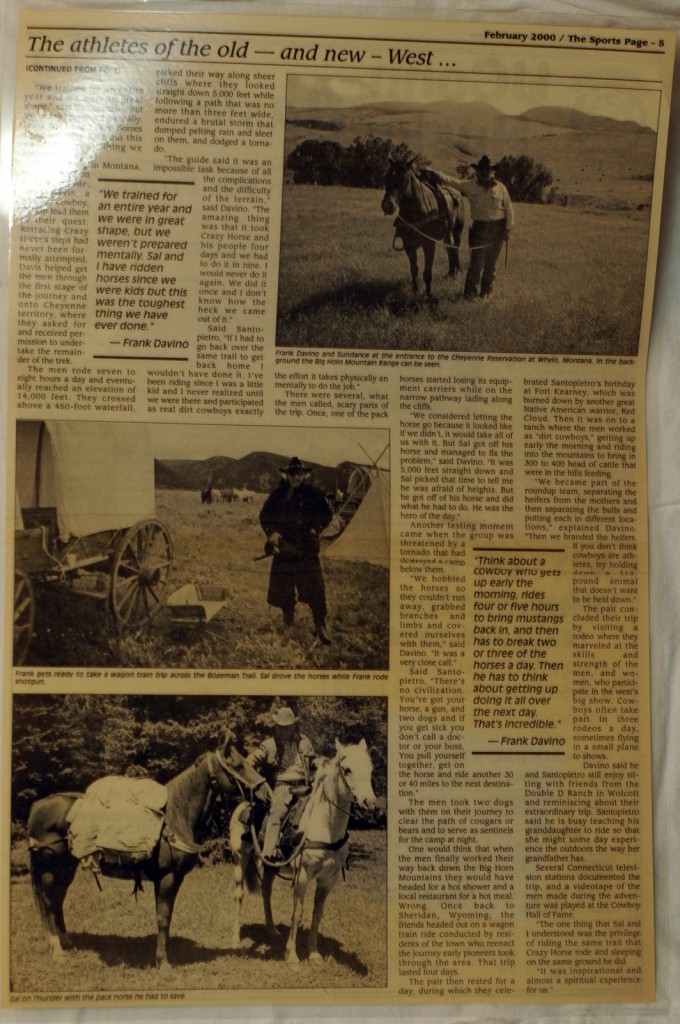 Cowboys — Sal, Frank, and Dean at the summer branding in Sheridan, Wyoming 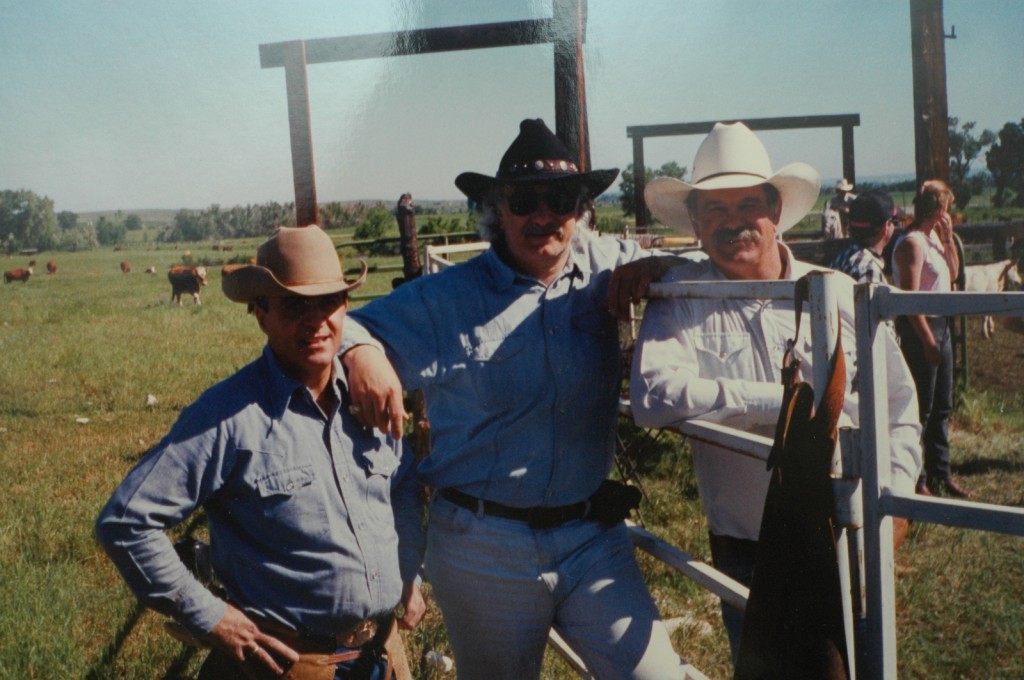